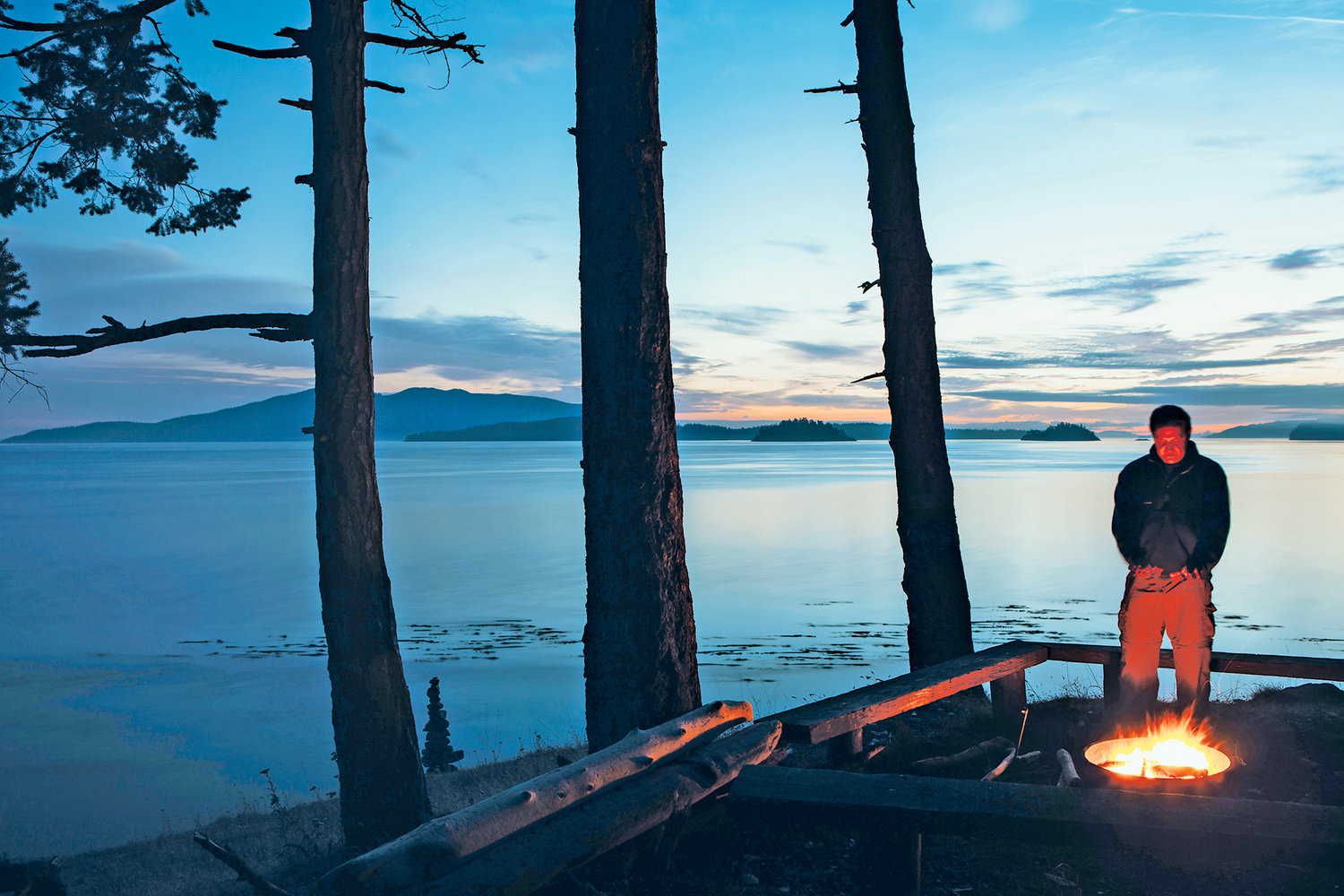 The Salish Sea is the perfect camping destination in Pacific Northwest. The following are some of the premier state and county parks for visitors to set up camp. More information on most of these camp sites if not otherwise specified can be found at parks.state.wa.us.

Spencer Spit State Park is a 200-acre marine and camping park on Lopez Island with auto access. There are 37 standard campsites and seven hiker/biker sites. There are tons of activities readily available, such as crabbing, clamming and saltwater fishing. There is also swimming, diving and plenty of birds and wildlife to observe. The park also sports two miles of hiking trails.

Nautical amenities include kayak rentals and moorage for those who come to the park via boat. There are also large private campsites, as well as primitive sites for hikers, bikers and kayakers.

There are two restrooms available, but no showers or hook ups.

Moran State Park is the fourth largest state park in Washington and is located on Orcas Island. Moran advertises miles of trails, which can accommodate both hikers and bikers. Horses are also welcome in certain areas during specific seasons.

Many of the campsites at Moran State Park are nestled on the shore of Cascade Lake, and all are close to restrooms and showers. Some sites support RVs.

Mountain Lake campground is a more rustic option including primitive toilets and a boat launch for fishing. This campground is close to Mount Constitution.

The campsite is closed to RVs throughout most of August due to county fair preparation and there is no tent camping allowed on site.

Established in 1970, Blind Island Marine State Park has an interesting history. Beginning as a homestead for the John Fox family in the late 1800s, John Fox Jr. lived on the island alone until his death, which occurred around 1960. There is evidence of early farming on the island in the sour apple trees and former freshwater wells. A popular destination for kayakers and those looking for quiet contemplation alike.

There are two campsites on the island. Each campsite has a view of the nearby Shaw and Orcas islands and the channel between them. There are also four primitive campsites on the small island, which is only accessible by boat. The park is a 3-acre marine camping park. Campsites are only available to those who come by human or wind-powered vessels, and there is no potable water available on the island. Visitors arriving by motorboat are welcome to enjoy the park for day use.

Posey Island Marine State Park became a state park in 1960 and is nestled between Roche Harbor and Pearl Island. Some days the island park is bustling with kayakers and porpoises off-shore, but other days one might find themselves alone on the island. Posey Island is full of meadow grass and yew trees. Lichen and wildflowers are in full bloom during prime camping seasons. Two group campsites can be found on the island with beautiful views.

This is another island that should be approached by man or wind power, as those arriving by motorboat are permitted to use the island for day use, but are not permitted to stay overnight at the campsites.

Posey is a 1-acre marine park and the two group campsites each have a capacity of eight campers, which is strictly enforced. There is no potable water on the island and visitors are asked to pack out what they pack in.