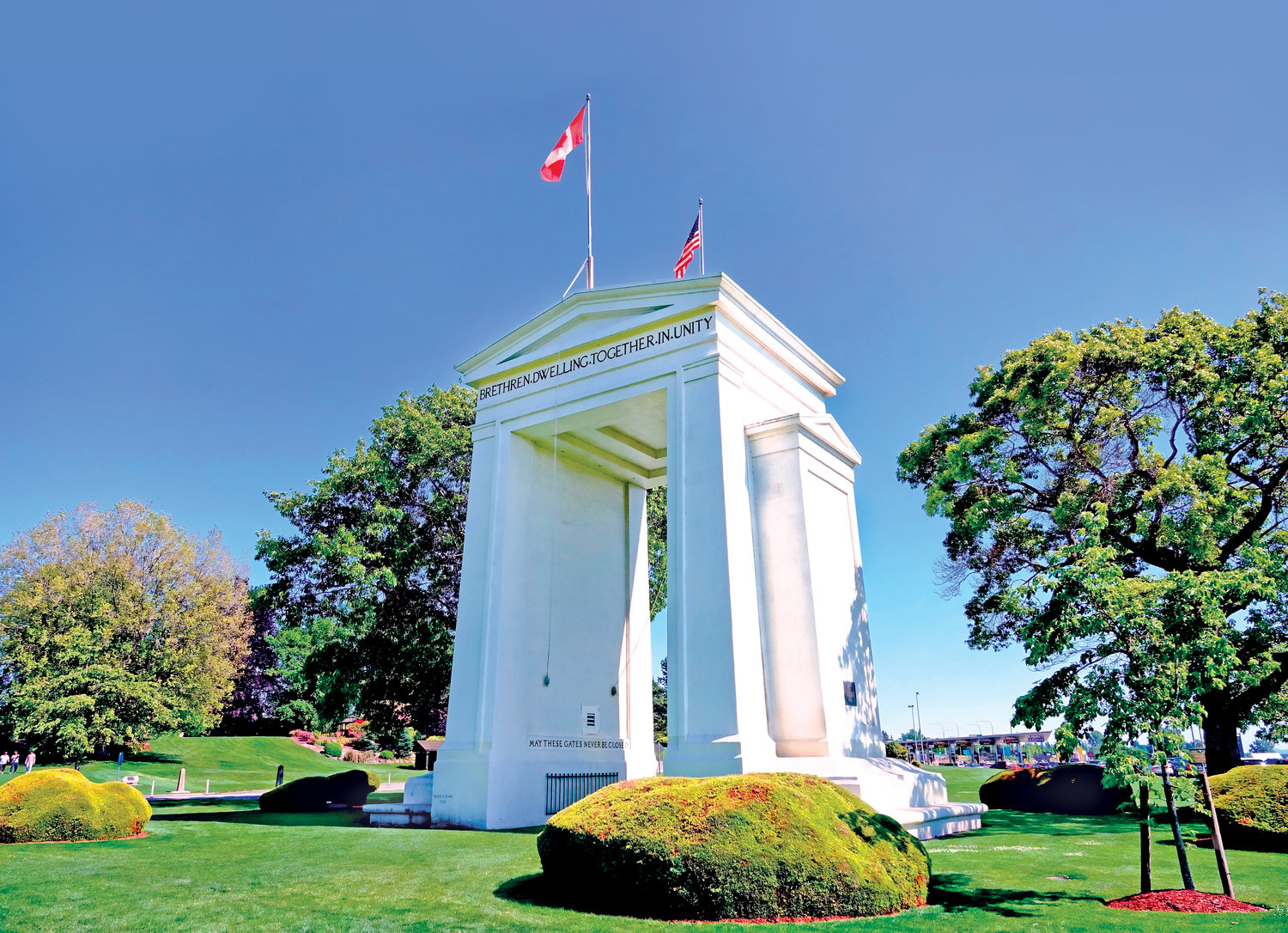 The symbolic peace arch was constructed by Sam Hill in 1921 to commemorate the Treaty of Ghent, signed in 1814. The treaty ended the War of 1812 between Great Britain and the U.S. and ever since the two countries have been intertwined in peace. The park was eventually established in 1939, with the Peace Arch in the center. There are actually two parks, a provincial and a state park.

“May these gates never be closed” read the words inscribed on the white-painted 67-foot-tall concrete monument. Nearly a hundred years after the Peace Arch was built, the gates figuratively closed on March 21, 2020 when the U.S./Canada border was closed to non-essential travel.

Subsequently, the state park provided an escape for those separated by the border closure. While the provincial park was closed, Canadians were able to access the U.S. side to meet family members, friends and lovers. Visitors gathered with tents and barbecues on the manicured lawn, carrying on the park’s legacy of representing peace and unity.

From the park you can see sweeping views of Semiahmoo Bay with the shores of Point Roberts and Gulf Islands off in the distance.

The flags of both nations have been planted facing each other – red and white flowers to recreate the Canadian flag and red, white, and blue flowers for the American flag. Strolling through the park one will find more garden beds and a lily pond.

Note: The Canadian side of the park remains closed indefinitely. For events coming to the park, visit peacearchpark.org/peace-arch-centennial

Remembering the past, honoring the present, and inspiring the future.