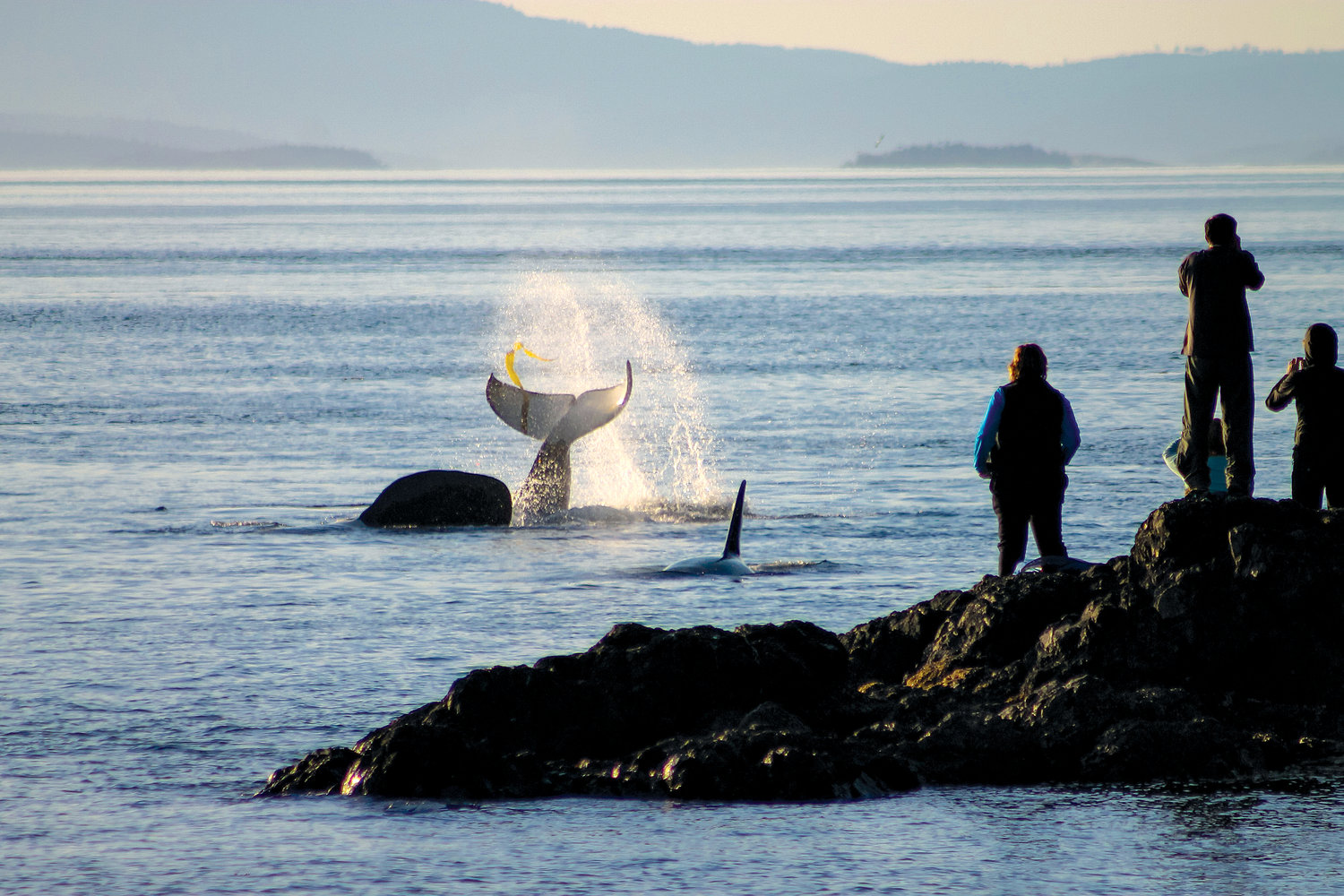 The Salish Sea is home to several species of whales. They differ in many ways, but all of them rely on the rich variety of prey species found in these waters. The three baleen whale species – humpback, gray, and minke whales – are seasonal visitors while orcas can be seen most months of the year. 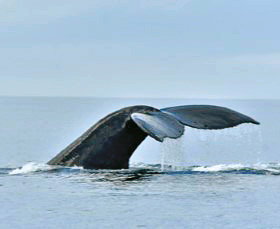 Humpback flukes. Photo by Amanda Colbert.
Humpback whales leave their lower latitude breeding grounds and begin arriving here in the spring to feed on small forage fish and krill. They can be seen throughout Salish Sea waters until late fall. Overhunting in the past had a drastic effect on humpbacks, but they began to recover after the end of commercial whaling, and some populations were removed from the Endangered Species list in 2016. They are now returning to the Salish Sea in greater numbers every year, with females bringing their young calves, and there are even some known grandmother whales. 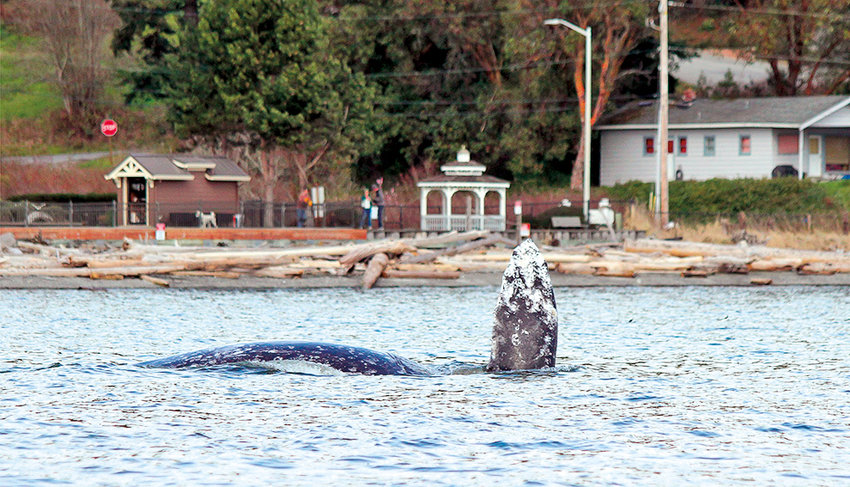 Gray Whale. Photo by Cindy Hansen.
Gray whales migrate here from breeding grounds in Baja. The “Sounders” gray whales are a group of about 15 individuals who return to North Puget Sound each spring to feast on ghost shrimp before continuing their migration north. Gray whales recovered from whaling and were removed from the Endangered Species list in 1994. However, they are currently undergoing an Unusual Mortality Event that has already claimed an estimated 25 percent of the population. In addition to high mortality, there are also many malnourished animals wandering through the Salish Sea right now searching for food.

Minke whale. Photo by Jill Hein.
Minke whales are typically seen around the San Juan islands, and occasionally in Puget Sound, most often during the summer months. There is a small “resident” population of individuals who return each year and feed on forage fish. It is not known if they remain here year round, or where they travel to once they leave the Salish Sea. 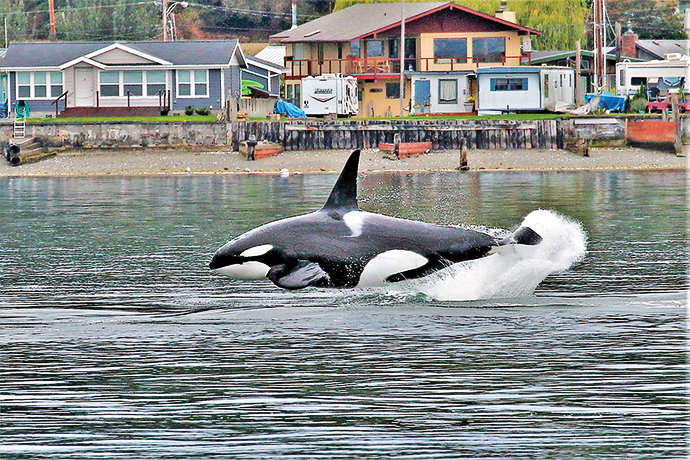 Bigg's orcas. Photo by Bonnie Gretz.
Perhaps the most well-known of the whales in this region are the orcas, or killer whales. There are two different “ecotypes” in these waters that are genetically and culturally distinct. Transient, or Bigg’s orcas, travel mostly in smaller pods and feed on marine mammals. They can be seen any month of the year searching for prey throughout the Salish Sea. Southern Resident orcas tend to live in larger pods and feed on fish, primarily salmon. They were historically seen around the San Juan and Gulf Islands during spring through fall months, and in Puget Sound in late fall into winter. However, their presence in the Salish Sea has been dramatically decreasing in recent years and they are spending more time off the coast searching for food. Southern Residents were listed as endangered in the U.S. in 2005 but the population is continuing to decline and is currently at only 75 individuals. Resident and Bigg’s orcas face some of the same threats, such as pollution, excessive noise and disturbance. However, Bigg’s orcas have a plentiful supply of food and the population is thriving, while the resident orcas are struggling to find sufficient prey with dwindling salmon runs. The birth of five new calves since 2019 has given us hope that they can recover if we all do our part to create a clean and quiet environment for them, and restore salmon runs throughout their range. In addition, reducing our environmental footprint, and helping to combat climate change will benefit all the whales in the Salish Sea so that we can enjoy them for years to come.