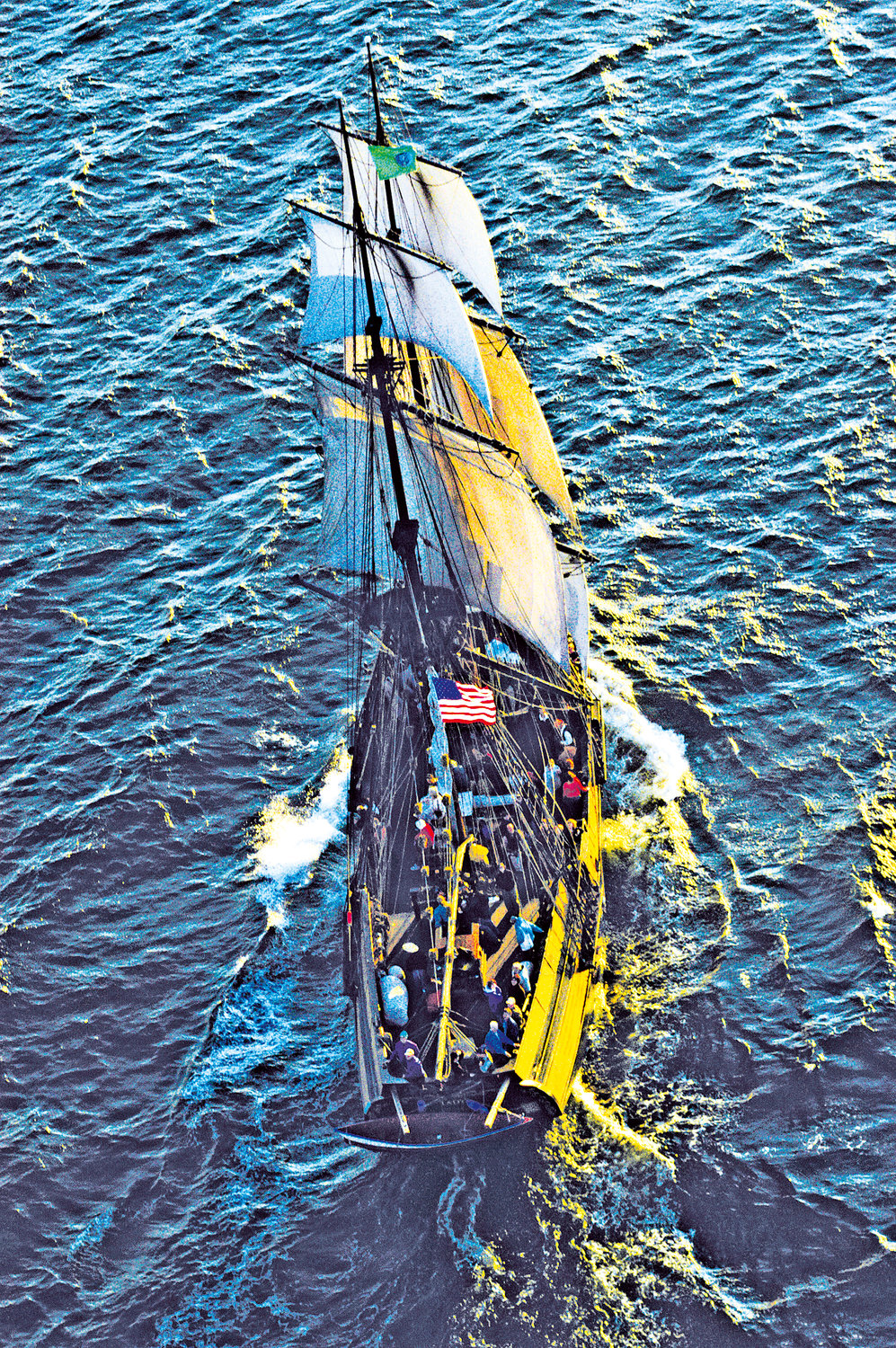 Avast, me hearties! Git yer scurvy selves aboard & sail the seven seas with us. Weigh anchors and hoist the mizzen! We’re off adventurin’!

Tickets are available for adventure sails and evening sails, while dockside tours are free, but a donation is encouraged. On the adventure sail, passengers can learn the history of American maritime exploration,  join in on a few sea shanties, and even help the crew in hauling lines and setting sails.

The evening sail is more relaxed and romantic – cruising the ocean during the golden hours. Tours include demonstrations on tall ship handling, sea shanty singing and maritime amusements.

Named in honor of Martha Washington, the original Lady Washington in 1788 became the first American vessel to make landfall on the west coast of North America. Lady Washington opened the black pearl trade between Hawaii and Asia.

A full-scale replica, the Lady Washington was built in Aberdeen, Washington and launched in 1989 as part of the Washington State Centennial celebration. These days, she can be seen during summer appearances and in films such as the Pirates of the Caribbean and Star Trek.

For more information and to purchase tickets, visit historicalseaport.org.