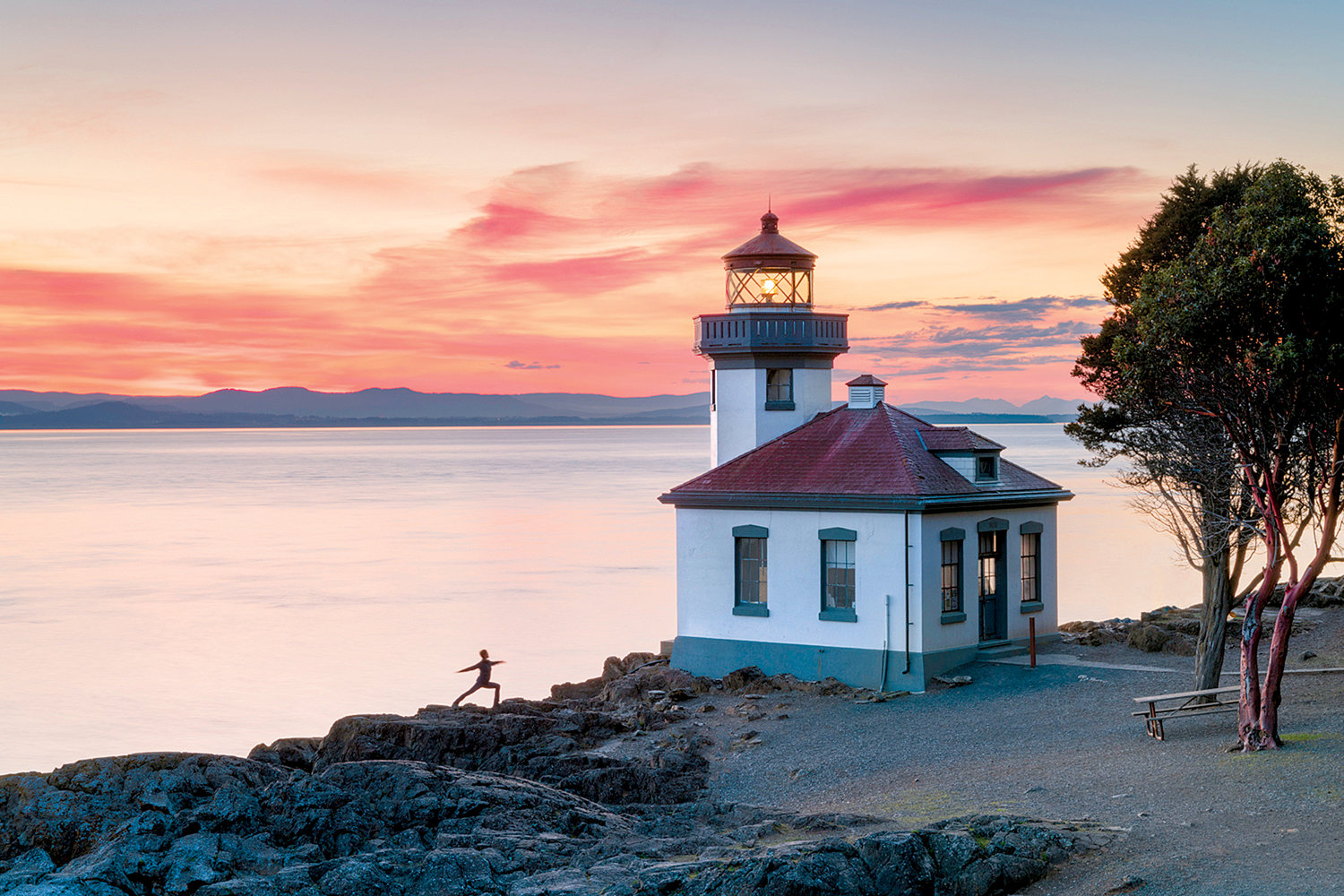 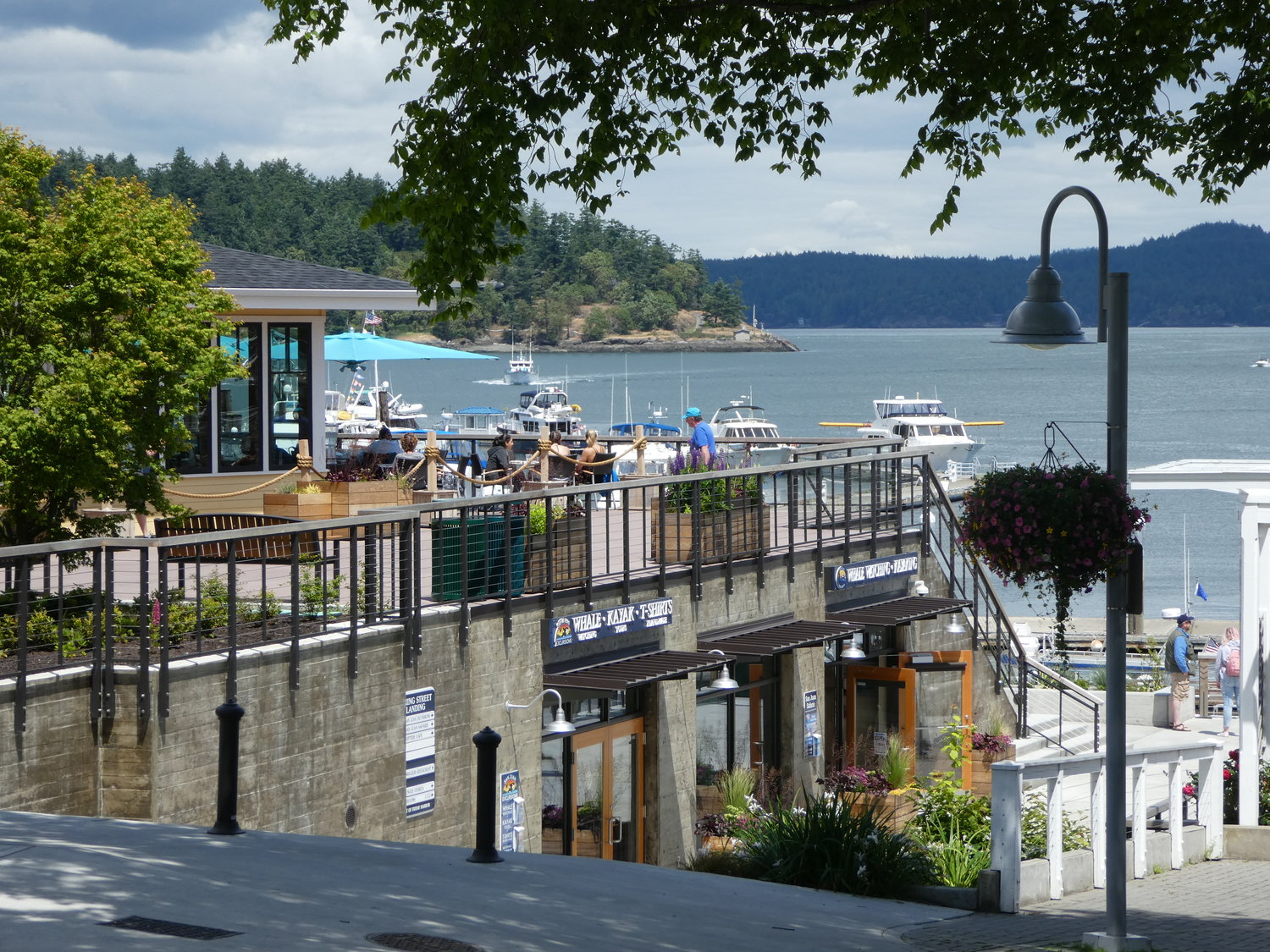 San Juan Island, the most populated of the San Juan Islands, is paradise for lovers of small towns in idyllic settings. The island has more restaurants and amenities than you’ll find elsewhere in the San Juans, along with sea vistas around every turn, easy whale watching opportunities and remnants of native prairie.

After a scenic ride from Anacortes through much of the San Juan Islands, the ferry delivers visitors right to Friday Harbor, the only incorporated city in San Juan County. Friday Harbor’s historic downtown and setting makes it the cultural capital of the islands. You’ll find sophisticated cuisine, featuring fresh seafood and island-grown organic produce. There’s also pub fare and other simpler options throughout downtown.

Those looking for wine, beer and spirits are in luck, as San Juan has it all. Try out San Juan Island Brewing, San Juan Island Distillery/Westcott Bay Cider and San Juan Winery; they all boast multiple awards.

Restaurants aside, Friday Harbor has cozy bookstores, galleries, cafes, ice cream and chocolate shops, and everything else you might expect to find in a small town. It also has a lot you might not expect, including a movie theater built in 1915 and a shop devoted entirely to jerky. Entertaining yourself in Friday Harbor is easy. Rental boats, bikes and mopeds are all available while several whale-watching guides operate out of the harbor. The Whale Museum on First Street is an ode to the endangered local southern resident orca population and was the first orca museum in the country.

The island’s summertime population of 15,000 is mostly clustered around Friday Harbor. Outside town you’ll find farms, forests, pastures and parks. Country roads weave past little lakes and through valleys, passing fields of organic vegetables, lavender and even an alpaca farm.

At Roche Harbor, visit the historic Hotel de Haro, the state’s oldest continually operating hotel. A yellow brick road made with brick from the island’s original lime kilns runs out front. While you’re here, check out the 19-acre San Juan Islands Sculpture Park at Westcott Bay Reserve, home to more than 100 sculptures. Pay a visit to the San Juan Islands Museum of Art in Friday Harbor.

You’re never far from a beautiful park on the island. Lime Kiln Point State Park is not only one of the better places to see whales from land, it’s also an ideal spot to catch a sunrise or sunset and photograph the Lime Kiln Lighthouse in golden brilliance.

English Camp and American Camp, both part of San Juan Island National Historical Park, have natural beauty – South Beach at American Camp is the longest stretch of beach on the island – and also something for history buffs. In 1859, San Juan Island was the site of a nonviolent confrontation over the then-disputed U.S. border. The incident, known as the Pig War, was set off when an American farmer killed a potato-stealing British pigthat was allegedly trespassing on his farm. Though U.S. and Britain dispatched soldiers to the island, the hungry little piggy was the war’s only casualty. Both camps have interpretive information on the dispute.