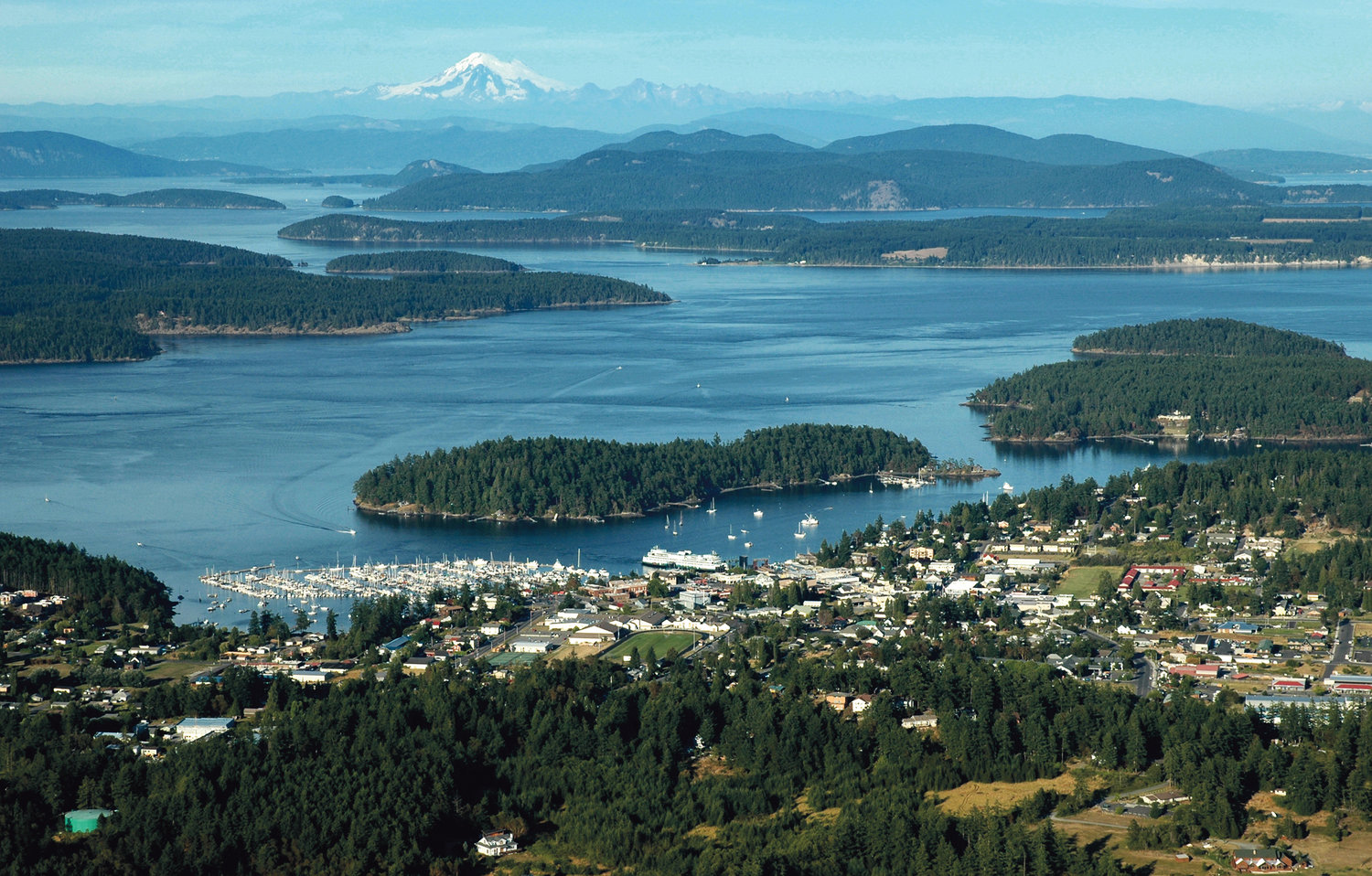 Like a jigsaw puzzle scattered through the sea encompassed by snow-capped mountains, the rugged shores of the San Juan Islands stretch across the Puget Sound.

Standing between the U.S. mainland and Vancouver Island, the San Juan archipelago consists of more than 450 islands, rocks, and pinnacles in the Salish Sea.

Those visiting can find adventure around every corner of these myriad islands, while putting the pressure of everyday life at bay.

Whether you’re on your way to the bustling culture hub of San Juan Island, the mountainous Orcas Island, or Slo-pez, each island that surrounds you is immersed in rich history and sunny splendor.

Long before there were ferries full of passengers, the Coast Salish people inhabited the islands. Archaeological sites have been extensively studied giving present day inhabitants a glimpse into the Past. There is evidence of human activity on these islands dating back to the end of the last Ice Age, about 12,000 years ago.

The Coast Salish people lived in wooden-plank houses while the islands provided them with a bounty of fish, shellfish, and nutritional Camas flowers.

Later, the rich island soil lured farmers to settle on the islands, seeking to make their fortunes.  San Juan Island was the site of the famous “Pig War.” This mostly bloodless war took place in June of 1859 after the pig of a Hudson Bay employee wandered onto an American farmer’s property. Upon seeing it eat his potatoes, the farmer shot and killed the pig, which spurred a years-long border dispute between Great Britain and the U.S.

These islands have come a long way since the Pig War, with President Obama in 2013 formally declaring the San Juans as a national monument, preserving 1,000 acres of land throughout the islands.

“These islands form an unmatched landscape of contrasts, where forests seem to spring from gray rock and distant snow-capped peaks provide the backdrop for sandy beaches,” said Obama in his proclamation.

With this Presidential proclamation, future generations of residents and visitors will always be able to enjoy the immeasurable beauty of these unchanged and protected islands and waters.